Repro Free: 05/10/2012 .Peter Power, Executive Director of UNICEF Ireland is pictured with An Tánaiste and Minister for Foreign Affairs Eamon Gilmore TD as they officially launched with the Minister for Children and Youth Affairs Frances Fitzgerald TD, UNICEF Ireland's contribution to the Children's Referendum Campaign, 'It's About You' is a unique contribution to the Referendum. UNICEF's campaign, featuring young people under 18, puts children at the heart of the Referendum debate. The campaign includes a video explaining the referendum in children's own words and a resource pack for thousands of schools and youth groups throughout the country. UNICEF's campaign seeks to give expression to the voice of young people. Pic Andres Poveda 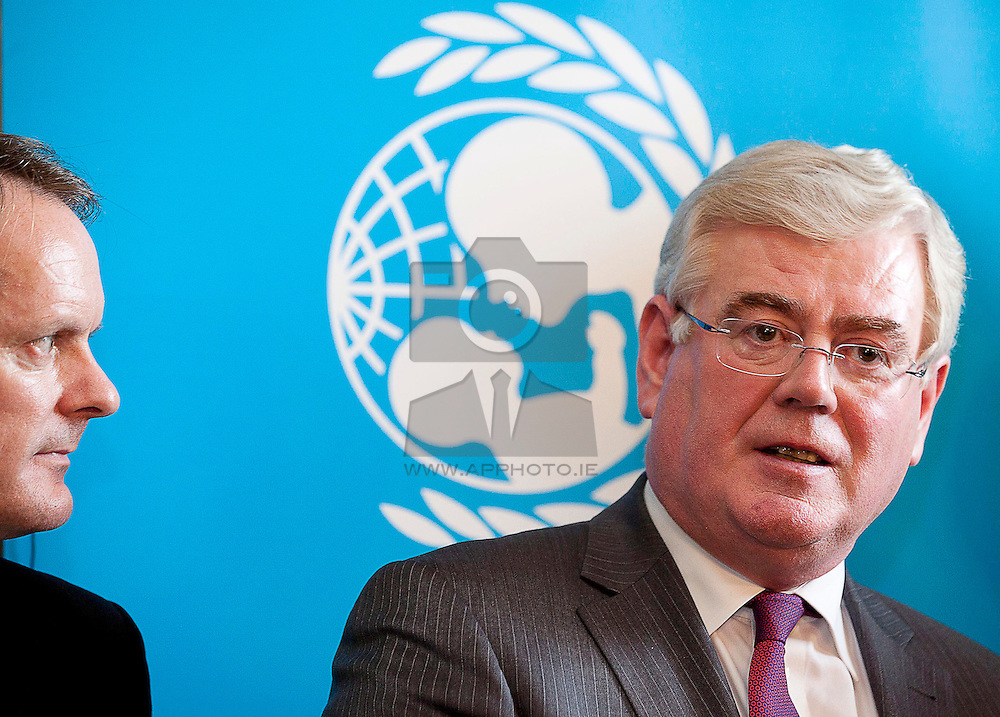